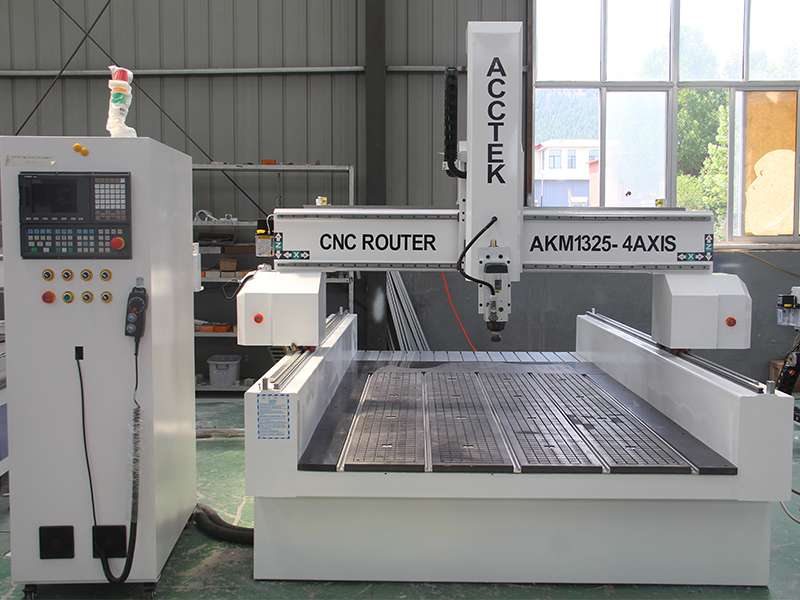 The mechanical properties of engraving machine include flatness, perpendicularity, positioning accuracy and repeat positioning accuracy.Flatness mainly affects the leveling difficulty of plates and workpieces.The perpendicularity between axes mainly affects the dimensional accuracy of the workpiece. When the perpendicularity of the XY axis is large, the typical performance is that the rectangular diagonal axis is not equal and the XY plane is large, and the typical performance is that the surface is uneven when the plane is milling with a flat bottom knife with a large spacing.The positioning accuracy affects the size error of the workpiece, which mainly depends on the precision of the screw, the compensation ability of the control system and the change of the ambient temperature.When the machining range exceeds 300 mm, the effect of positioning accuracy on workpiece size must be considered.Repetitive positioning accuracy mainly affects multi-tool machining and multi-process machining.Engraving machine adopts roller screw drive, no crawling phenomenon, can achieve micro feed.The accuracy of repeated positioning is mainly determined by the control accuracy, which is generally 2 control resolutions.
The environmental factors that affect carving mainly include the power supply, vibration, ambient temperature and humidity, dust, lightning and so on.The influence of power supply on machining is the most direct, mainly manifested as control system disorder.Each electronic device and each functional part of CNC control system has a certain range of voltage and frequency.The overload operation of any component will inevitably lead to the instability of the whole system. The common phenomenon is machining deviation.The influence of vibration is reflected in the frequency of short knives and the surface is not smooth.Common reasons are the process of contact machine tools, machine tool installation level is not qualified, there is a punch around.Ambient temperature and humidity mainly affect the performance of the control system and the performance of the driving motor.When the ambient temperature exceeds 40 degrees, the control system may have incorrect control and the driving torque of the drive motor may not reach the rated value.Dust mainly affects the heat dissipation of electronic components and the sensitivity of sensor.Common phenomena include optical failure, the COMPUTER CPU fan does not turn, and so on.
The main factors that affect the engraving properties of materials are the types, hardness and toughness of materials.The categories of materials include metallic and non-metallic materials.In general, the higher the hardness, the worse the processing, the greater the viscosity, the worse the processing.The more impurities, the worse the processing, the higher the hardness of the particles inside the material, the worse the processing.A general standard is: the higher the carbon content, processability, alloy content, the higher the processability, non-metallic element content is higher, the better processability (but the amount of non-metallic in general materials is strictly control) is suitable for the nonmetal materials including carving, wood, organic glass, resin, etc., are not suitable for engraving of non-metallic materials including natural marble, glass, etc.Suitable for carving metal materials include copper, aluminum hardness less than HRC40 mild steel, not suitable for carving metal materials include hardened steel.
The factors affecting the cutting tools in engraving include cutting tool material, geometrical parameters and grinding technology.The cutting tool material used in engraving is carbide, which is a kind of powder alloy. The main performance index that determines the material performance is the average diameter of the powder.The smaller the diameter, the more wear-resistant the tool the more durable the tool.The sharpness of a tool mainly affects the cutting force.The sharper the tool, the smaller the cutting force, the smoother the machining, the higher the surface quality, but the lower the durability of the tool.Therefore, different sharpness should be chosen when processing different materials.The processing of soft and sticky materials, the need for some sharp tools, when the processing material hardness is larger, to reduce the sharpness, improve the durability of the tool.But not too blunt, otherwise the cutting force will be too large, affect the processing.The key factor in tool grinding is the mesh of the finishing wheel.The grinding wheel with high mesh number can produce finer cutting edge, which can effectively improve the durability of the tool.The grinding wheel with high mesh number can produce a smoother cutter surface and improve the cutting surface quality. 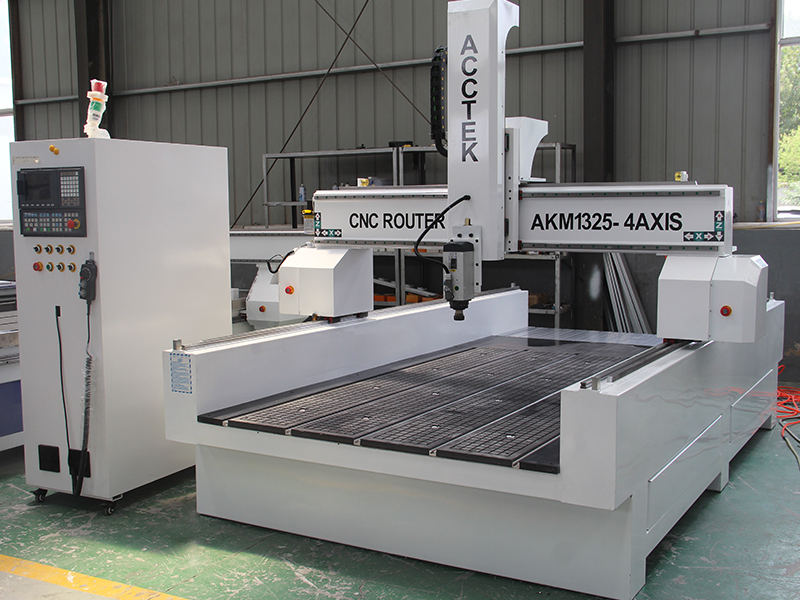 Pre:How does wood industry user choose the cnc machine that suits him?
Next:How will cnc router develop in the future