This year's epidemic swept through the world, cause a downturn of the economy all over the world have, everyone in the hard life, ACCTEK company won't give up speaking out of turn, so-called stream not to advance is to go back, the company in yucheng town bought for the construction of the factory, has been, area of about nine thousand square meters, than before more than four times the old factory, to be completed next year, the company will have a new factory. 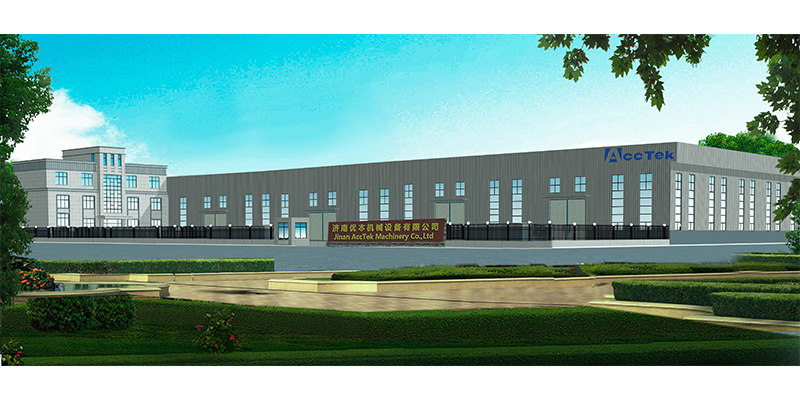 Before Yucheng Lun town to do well town industrial park upgrade as an important project to catch, scientific planning for the development of the new road, the headquarters to promote efficient progress.At present, the industrial park planning covers an area of 2400 mu, the complete planning of 1330 mu, with 43 of the enterprise, including 11 under construction, operating 15, formation dominated by intelligent machinery and equipment manufacturing, food processing, new material and the auxiliary industry incubation park, realize the mass effect double, expanding scale, has become an important power booster Aaron town revitalization. 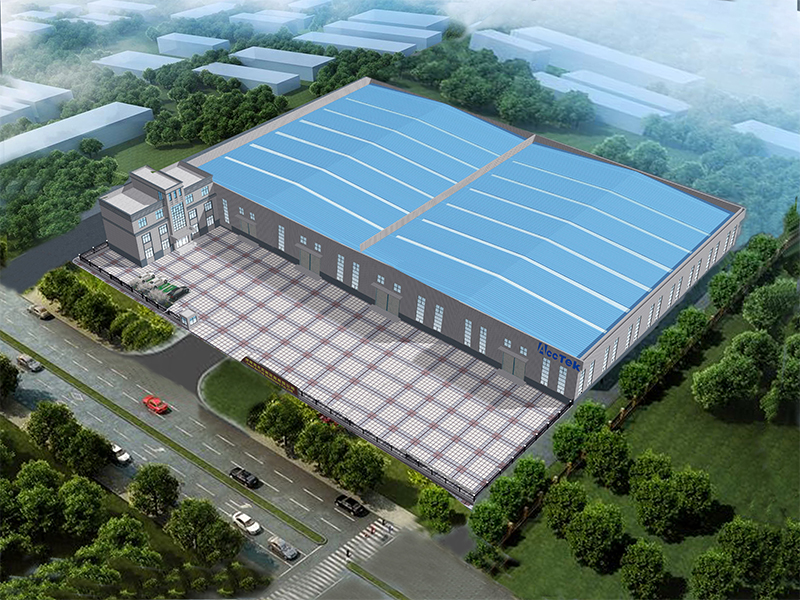 In the face of the competitive development trend of various regions, Lunzhen grabs the development opportunity of The Times, and takes the flagship large-scale project supported by the introduction of policies as the key point to upgrade the industrial park, so as to accelerate the transformation of old and new driving forces and boost the rural revitalization.Make use of the location advantage close to Jinan, change "attract investment" to "choose business".In the introduction of flagship enterprises and zhaoda Peiqiang work, increase the construction of projects under construction and new construction, urge the reserve project complete procedures to start early;We will highlight our distinctive features, build three leading industries -- machinery manufacturing, biological processing and agricultural product processing -- and follow the path of industrial development.With the help of land entering the market and relying on the location advantage close to Jinan, 28 CNC machinery enterprises including ACCTEK were introduced to build Lunzhen CNC Industrial Park.The total investment of the project is 1 billion yuan, covering an area of 350 mu, and the planned new construction area is 200,000 square meters. The per mu investment intensity reaches 2.6 million yuan, and the total output value can reach 548 million yuan after the project is completed. The tax revenue is 50 million yuan, and it can provide more than 2,500 jobs for urban and rural residents. 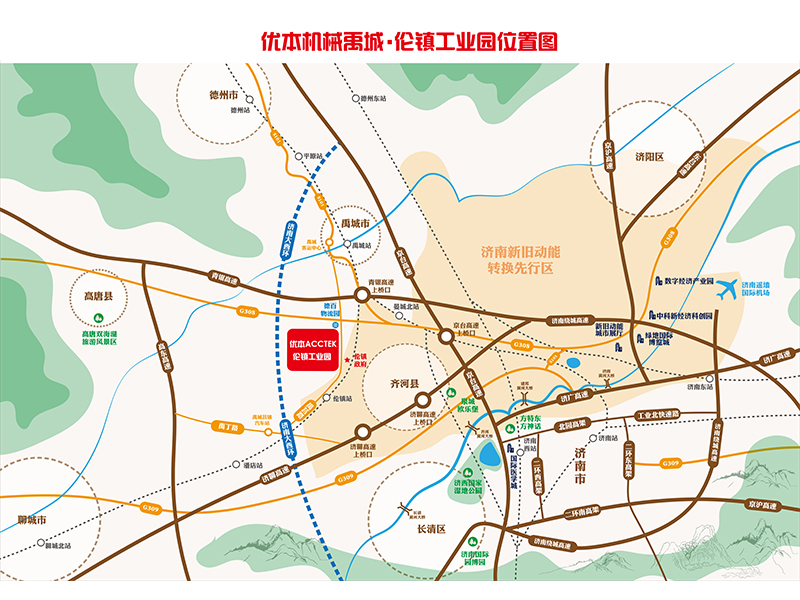 In compliance with the approved by the state council of shandong kinetic energy conversion between the old and the new comprehensive experimental zone construction overall plan, jinan will be implemented across the north east extension development, together with river, the Yellow River along the high starting point, high standard, high level of planning and construction of old and new kinetic energy conversion area, agglomeration intensive factors of innovation resources, development of high efficient emerging industries, a new platform, open cooperation innovation city management mode, raising the comprehensive infrastructure and public service level, the construction of modern new city green wisdom.According to the work arrangement, This year, Jinan will stick to supporting the north span and driving the north span, make a good planning, set off the construction of the area, create the Yellow River ecological landscape belt, start the "first year" of the construction of jinan pilot zone for the conversion of old and new kinetic energy, and realize the "millennium crossing".

A transportation system of "three rings, two corridors and grid radiating" has been formed.North and South into a unified network, combined with the function of density, natural ring.Construct a north-south integrated rail transit network consisting of 5 lines with a total length of about 128 kilometers, plan for 120 kilometers of medium-volume transit corridors (BRT system or ART system) for service, and construct "pilot areas on the tracks" and "cities on hub nodes".

The construction of jinan pilot zone for the conversion of old and new driving forces is centered around five pioneers: a zone with advanced ideas and concepts;Deepen the reform first, build the system flexible vitality zone;Innovation and development go first to build a region of wisdom that talents yearn for;Develop the industry first and build a high-end avant-garde area of the industry;Traffic support first, the construction of an open area in all directions.

"Industrial river" is a trinity of integrated development.Based on the industrial development, the city clusters rely on the blue and green ecological network based on the Yellow River, and the characteristic towns combine with the green center organic decentralized layout.The main and secondary axes connect the clusters, pay attention to the continuation of the context and strengthen the connection with the Yellow River, and build a new urban area with blue and green guidance, common prosperity of water city and integration of production and city.

Relying on water system, roads and green heart, afforestation will greatly increase forest coverage. With characteristic towns and rural complex as carriers, beautiful countryside will be built to achieve balance between employment and housing and integration of industry and city.To form a "life community" in the city of mountains, rivers and forests;We will build a layout framework with flexibility in time and space and organic growth to build a modern green and smart city.

The city forms gentle atmosphere, the construction level city.It is mainly multi-storey, supplemented by small high-rise buildings. The height of landmark buildings is no higher than 170 meters (Huashan mountain).The architectural features highlight the characteristics of The city, inheritance and innovation and modern interpretation, reflecting the integration of Chinese and Western, ancient and modern blend.

We will strengthen the guarantee for the implementation of the plan, support the northern crossing with the Chinese and the northern crossing with the Chinese and the Chinese, and redistribute the old city's public services, industries, population and other factors, with the focus on supporting the development of the pilot area. We will make clear the priorities of the recent construction, and accelerate the construction of key projects such as the diversion area, the Yellow River National Wetland Park, and the "three Bridges and one Tunnel" across the river.We will plan major projects to promote the development of new driving industries such as "China hydrogen Valley", smart logistics and headquarters and bases, and actively organize the bidding for major events such as the Yellow River Summit Forum and the International Marathon of the World Horticultural Exposition Park.