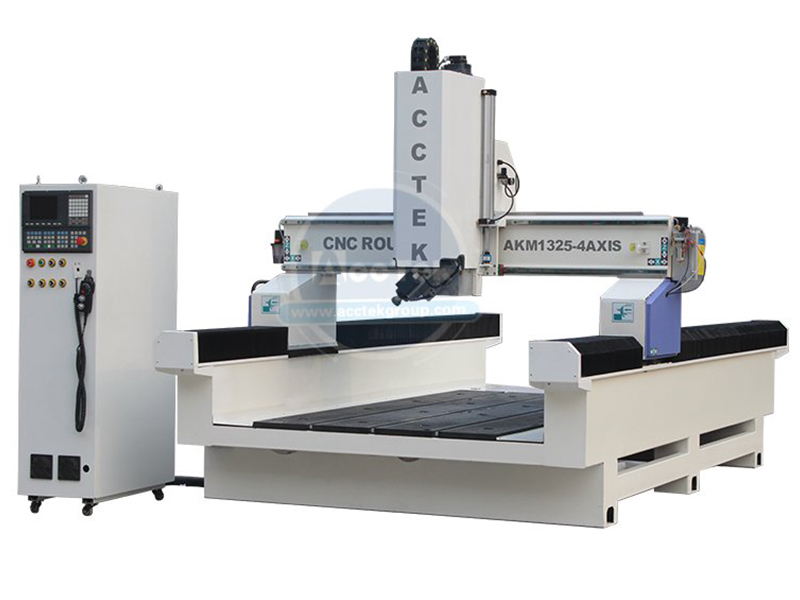 What are the advantages of a true four-axis engraving machine:
1. The rotation axis of the real four axes is linked with the other three axes, so that the space carving scope and ability are stronger and the three-dimensional carving effect is better.
2. Different control systems, different machine assembly structures, different circuit structures, and different engraving ranges.
3, true four can be dug more than 90 degrees of groove, false four can not, there will be some trouble to learn drawing, but focus on the exquisite carver, ordinary three axis can not be engraved, four axis can be easily done.
Three-axis round carving generally refers to x, Z, A axis synchronous carving, can only do some regular, symmetrical round carving.Four axis x, Y, Z, A synchronous sculpture, can do regular, irregular, symmetric, asymmetric round carving.Like Europe type sofa leg 4 axis can carve 3 axis cannot carve.
The true 4 axis is X, Y, Z, A all move, only X (or Y), Z, A move is false 4 axis.Depends on the tool path software.There is no true 4 axis and false 4 axis, this is a kind of abbreviation of our players.
One is xyza4 axes, moving together.Make a round carving and carve at a big Angle.Let's say you stand with your hands on your hips.The position of the arm is not carved from the vertical Angle, you have to lay it flat before carving.So we have to move the Y-axis.And what we call the false 4 axis, is xza and these three axes are moving.Then, if the Y-axis does not move back and forth, the knife can only carve some inverted trapezoidal surface from the top, it cannot be carved.This is the difference between true and false.
Pre:What should I do after the cnc machine breaks the tool
Next:How to understand woodworking cnc router three maintenance seven use principle