The three-axis cnc router is mainly suitable for engraving the plane and the right and left symmetry, the figure is not complex pattern, such as olive core, 461 plate.The four-axis is suitable for carving complex, asymmetrical graphic patterns.

When the three axis CNC router carving, whether it is flat or round carving, can be imagined as a plane carving.Carving is done on a pulse.Four axis cnc router in the sculpture, according to 360° to calculate, which is 0.000* degrees per step.So the operating principle of three-axis cnc router and four-axis cnc router is completely different.

1. The bed body adopts trapezoidal generous tube design, and after professional failure treatment such as tempering and stress removal, ensure the bed body is firm and not deformed for a long time;

5. Spindle can rotate +/-90 degrees, can achieve side milling groove, drilling, cutting, very suitable for processing all kinds of curved surfaces, high precision, fast speed, fully meet the needs of the needs of carving

1,Furniture industry: cutting and carving of all kinds of board furniture and solid wood furniture;

3. Decoration industry: acrylic, PVC, density board, plastic, as well as copper and aluminum and other soft metal plate engraving and cutting processing

What are the advantages of true four-axis cnc router:

3, true four axis can be dug more than 90 degrees of groove, false four axis is not, there will be some trouble to learn drawing, but the focus on the carving is exquisite, the common three axis can not carve the place, four axis can be easily done. 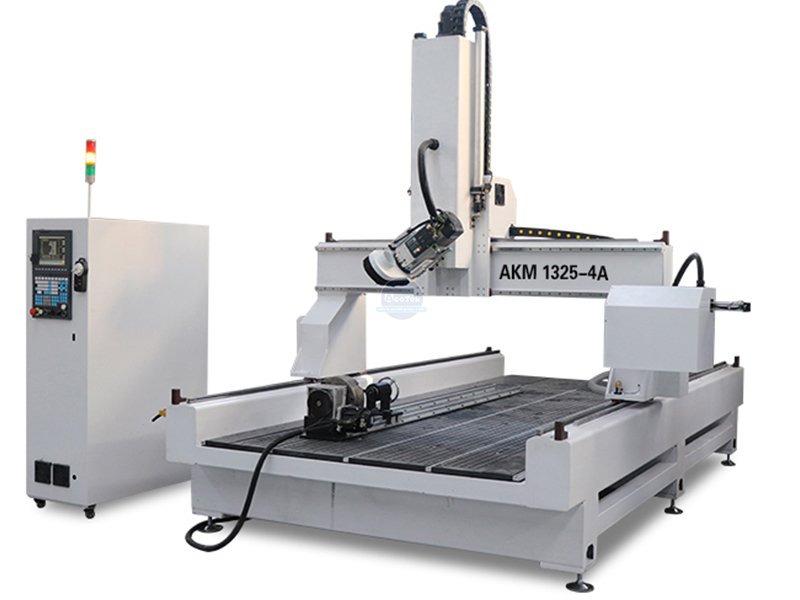 Pre:widespread use of lasers
Next:introduction and characteristics of optical fiber laser cutting machine