ACCTEK / HomePage / About Us / Our Team 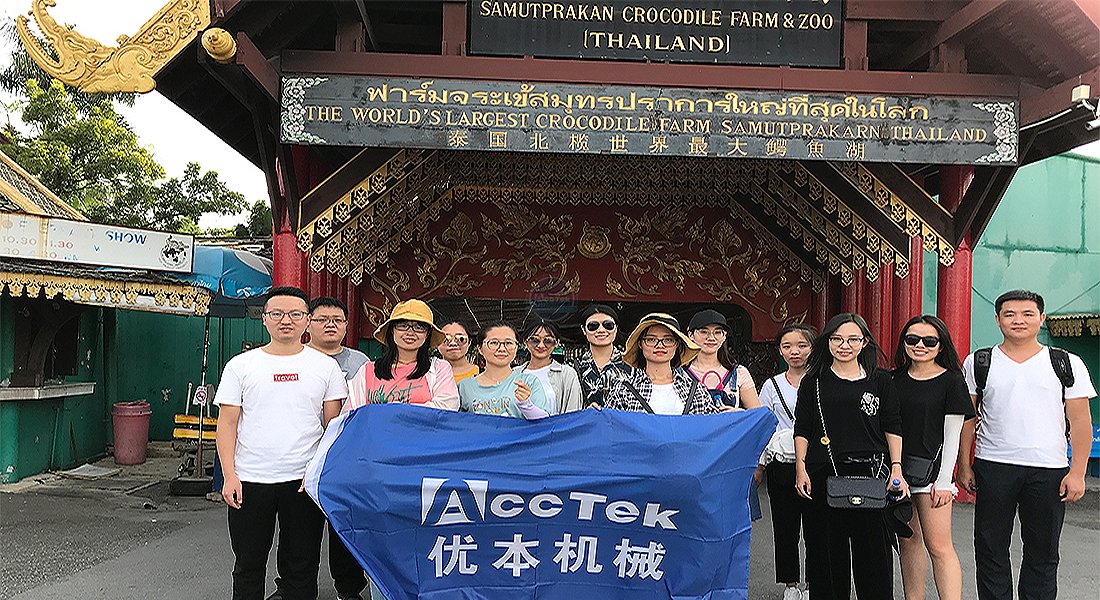 This time we visit Crocodile Farm & Zoo Samatpraka, a famous Crocodile Farm in Thailand and the world's largest Crocodile Farm.10 kilometers from downtown Bangkok, it is located in Buk Lam Prefecture, at the mouth of the Chao Phraya River.The zoo covers an area of 500 mu.The founder of the Crocodile Farm was Mr. Yeung Hoi-chuen, President of the International Crocodile Association and of Thai Chinese descent. He took advantage of the tropical location and the outlet of the Chao Phraya River, where sea and river water meet. He established a crocodile farm in 1950 and moved to Bac Lam in 1955.The fishing - rich Northern Olive Bay provides plenty of fodder for crocodiles.

There are more than 40 thousand crocodiles of various sizes in Thailand and all over the world, including all kinds of brackish crocodiles from South America, Africa and Australia, sharp-nosed crocodile from India and Yangtze crocodile from China.The large weigh a thousand pounds, the small hatch out less than a foot, from the drab crocodile to the precious white crocodile, everything.Most of them are raised for crocodile skin and a few for meat.At the zoo's entrance, a pebbly path leads to a wooden loft, a winding promenade that connects the farm.There are more than 1 meter high railings on both sides of the bridge, looking down on the railings, looking down on the various crocodile forms at more than 2 meters below the foot: Some swim back and forth, stirring up waves in the lake;Some lie perched on a mound by the lake, motionless and, at first glance, like a drab strip of stone.