Laser processing need to be considered in the process of laser wavelength, energy (or power), pulse width, frequency, pulse frequency, polarization and phase, should also consider focusing system and scanning speed and direction, processed object material composition, structure and form, and even material environment conditions such as temperature and atmosphere.Pulse width is one of the most important laser parameters with universal influence.For the sake of simplicity, the following discussion assumes that all other conditions are similar (which is hard to hold), except for the pulse width.Femtosecond laser mainly refers to the titanium precious stone and Yb3+ doped crystal and fiber laser mainly used now, the wavelength of near infrared femtosecond laser in the vicinity of 1 m.

1) Gain media with a wide spectrum, such as ti-gemstones, are required to produce ultrashort femtosecond pulses.The bandwidth of the gain medium determines the final pulse width.Therefore, the femtosecond laser gain medium has a higher requirement. Now it is mainly titanium gems, with some Yb3+ doped crystals and glass fiber. 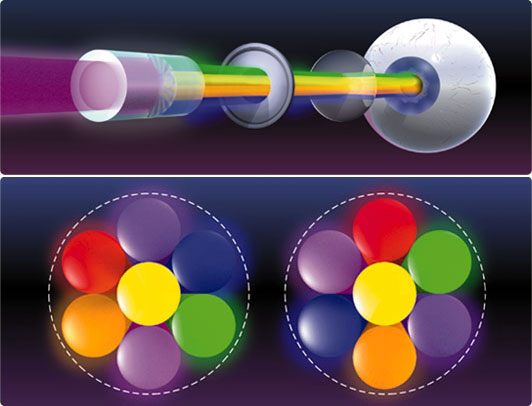 Femtosecond processing has many advantages, first reflected in its high precision, based on the characteristics of multi-photon absorption and threshold effect, and the thermal effect in the processing can be ignored (that is, the cold processing is often emphasized).It should be noted that this refers to the case of monopulse or pulse frequency is relatively low, but also relatively speaking, the laser wavelength and the characteristics of the object material are ignored here.

In principle, femtosecond laser can obtain extremely high peak power (pulse energy/pulse width) with low pulse energy due to its short pulse width. When the laser is further focused on the material with objective lens, various strong nonlinear effects can be caused due to the high energy density near the focus.

Laser machining can be considered as a kind of laser induced reaction, which can be divided into induced molecular vibration and electron excitation in principle.The former is a thermal reaction, while the latter interacts with the chemical bonds associated with electrons in the atomic shell that makes up a substance.Considering the energy band structure of matter, long wavelength lasers such as CO2 laser use the thermal reaction caused by molecular vibration, while short wavelength lasers such as excimer laser use the chemical bond cut caused by electron excitation.

Near-infrared femtosecond laser processing through the multiphoton process, that is to say, although the material in laser wavelength (lambda) no linear absorption, but near the focal point of light intensity is very high, through the absorption multiple (n) photons at the same time, will play a short wavelength (lambda/n) of light to material inside as material to produce the same effect, implementation is controlled by the spatial selectivity of microstructure, and without affecting the surface structure, which is another advantage of femtosecond laser processing.

Because many nonlinear processes are involved, the phenomena often exceed our predictions and imaginations.When femtosecond laser interacts with materials, we consider the medium with no linear absorption in laser wavelength. First, the laser energy is deposited in the electronic system through multi-photon absorption or ionization, and then through a series of energy transfer and transportation processes, leading to a series of changes in materials.In general, under laser irradiation, the excitation time of electron absorption photon is within the FS range (in the process of pulse action), followed by electron-phonon coupling, and the time of energy transfer to the lattice and lattice thermal equilibrium is in the order of several to tens of ps.The time scale of thermal diffusion and material melting varies with different materials, which is basically in the order of tens to hundreds of ps.The ablative formation time of material surface varies from several hundred Ps to NS. 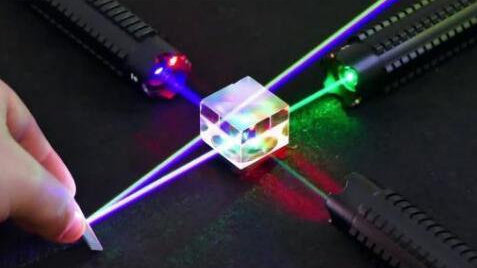 Under the action of nanosecond and picosecond laser, the laser energy deposited in the electron gas is transmitted to the crystal lattice within the time when the laser pulse irradiates the material, thus causing the heating, melting and even ablation of the material. The thermal effect is obvious in the process.However, the pulse width of femtosecond laser is smaller than the time scale of electron-phonon interaction, and the laser energy deposited in the electron gas has no time to transmit to the ion laser pulse.At this time, the temperature of the electron gas is very high, while the temperature of the ion is very low. The material has a "cold" ablation process, which inhibits the hydromechanical effect, thermal effect and so on. The machining accuracy is very high.A lot of work has been done to compare the effect of pulse width on laser machining.FIG. 1 shows that the femtosecond pulse processing structure is relatively steep and clean, and there are ridges and residues caused by thermal effects of picosecond and nanosecond lasers.It is precisely because of the high precision and "cold processing" characteristics of femtosecond laser, it can be widely used in microelectronics, aerospace and other industrial fields, but also used in medical, such as myopia correction, brain surgery.