Acctek / HomePage / News / Company news
The application and introduction of laser cutting machine part.1
Updatetime: 2021-07-13 11:38View:
The application and introduction of laser cutting machine part.1
Laser cutting machine is the laser emitted from the laser, through the optical path system, focused into a high power density laser beam.The laser beam is irradiated to the surface of the workpiece, so that the workpiece reaches the melting point or boiling point. At the same time, the
high-pressure gas coaxial with the beam will blow away the molten or gasified metal.With the light beam and the workpiece relative position of the movement, the material eventually formed a slit, so as to achieve the purpose of cutting.Laser cutting processing is to use invisible light
beam instead of the traditional mechanical knife, with high precision, fast cutting, not limited to the cutting pattern, automatic typesetting to save material, smooth cut, low processing cost, will gradually improve or replace the traditional metal cutting process equipment.The mechanical
part of the laser tool head has no contact with the workpiece, so it will not scratch the surface of the workpiece.Laser cutting speed is fast, the incision is smooth and flat, generally without subsequent processing;Small heat-affected area of cutting, small plate deformation, narrow slit
(0.1mm~0.3mm);No mechanical stress, no shear burr;High machining precision, good repeatability, no damage to the material surface;Numerical control programming, can process any plan, can be a large format of the whole board cutting, no need to open a mold, economical and time saving.
1) introduction

At present, the overall level of laser cutting technology in China is still a big gap with the advanced countries, so the laser cutting technology in the domestic market has a broad development prospect and huge application space.
During the cutting process of laser cutting machine, the beam is focused into a small focus through the lens of the cutting head, so that the focus can reach a high power density, in which the cutting head is fixed on the z axis.At this point, the heat input by the beam far exceeds the part of the heat reflected, transmitted or diffused by the material.
The material is soon heated to the melting and vaporization temperature. At the same time, a high-speed airflow blows the melted and vaporized material out of the coaxial or non-coaxial side, forming the holes cut by the material.As the focus moves relative to the material, the hole is formed into a continuous slit of narrow width to complete the cutting of the material.

At present, the flight optical path system is mainly used in the outer optical path of laser cutting machine.
The beam from the laser generator passes through the reflector 1, 2 and 3 to the focusing lens on the cutting head, and after focusing, it forms a light spot on the surface of the material to be processed.The reflective lens 1 is fixed on the fuselage and does not move.The mirror 2 on the beam moves in x direction with the motion of the beam.The reflection lens 3 on the z-axis moves in the y-direction with the motion of the z-axis.It is not difficult to see from the figure that, during the cutting process, the length of the optical path changes at any time as the beam moves in the x direction and the z-axis moves in the y direction.

At present, the laser beam emitted by civil laser generator has a certain divergence Angle and is "conical" due to the manufacturing cost and other reasons.When the height of the "cone" changes (equivalent to the length of the path of the laser cutter), the cross-sectional area of the
beam on the surface of the focusing lens changes.In addition, light also has the property of waves, so it is inevitable that there will be diffraction, which will cause the beam to expand laterally in the process of propagation. This phenomenon exists in all optical systems and can determine the theoretical limits of the performance of these systems. 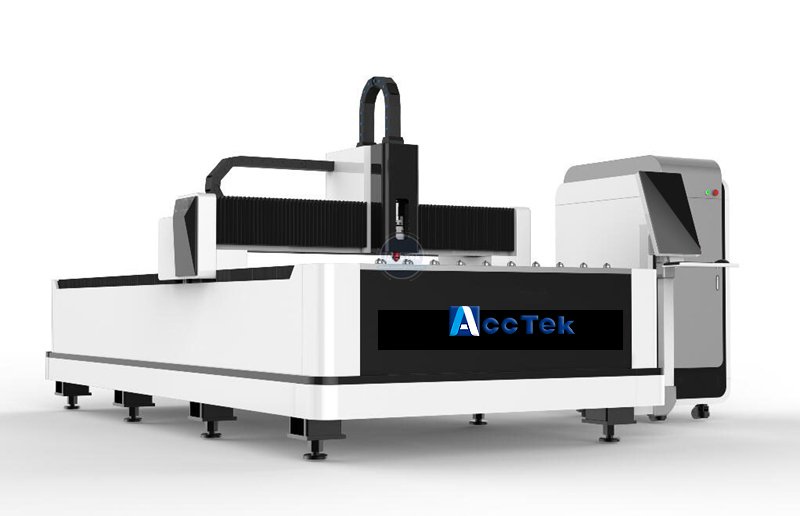