Acctek / HomePage / News / Industry news
What are the main types of cnc machine faults
Updatetime: 2021-07-13 14:37View:
Woodworking engraving machine production and use has been very common, involving various industries and various fields, the use rate is also increasing, so the woodworking engraving machine safety knowledge is very important, so what are the main types of engraving machine fault?
1. Classified according to whether the fault is destructive or not
(1) Destructive failure
Failure will cause damage to machine tools and operators resulting in machine tool damage or personal injury.Some of the destructive failures are man-made.Maintenance personnel in the fault diagnosis, never allowed to reproduce the fault, only according to the introduction of on-site personnel, through inspection to analyze and troubleshoot.The troubleshooting of this kind of fault is technically difficult and has a certain risk, maintenance personnel should be very cautious.
(2) Non-destructive failure.
Most failures fall into this category and are often eliminated by "zeroing".Maintenance personnel can reproduce such failures, through the phenomenon of analysis, judgment. 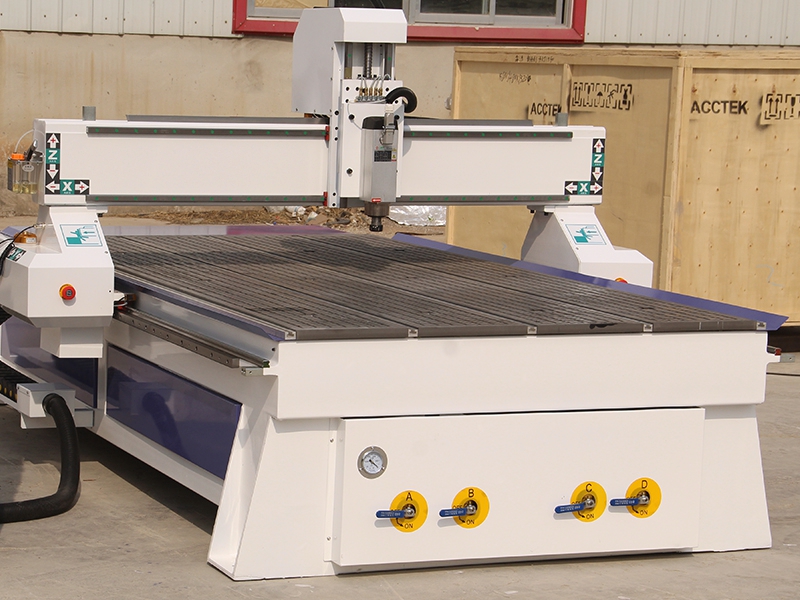 2, according to the fault nature of engraving machine classification
(1) Systemic failure.Usually refers to as long as to meet certain conditions or more than a set limit, the work of the engraving machine is bound to occur fault.This type of malfunction is extremely common.For example, when the pressure value of the hydraulic system drops to a certain set parameter with the blocking of the hydraulic loop filter, the hydraulic alarm will inevitably occur to shut down the system.Another example: lubrication system due to pipeline leakage caused by the oil standard to drop to the use limit will inevitably occur liquid level alarm machine stop.In addition, when the cutting amount of the machine tool is too large to reach a certain limit value, it will inevitably produce overload or overtemperature alarm, resulting in rapid shutdown of the system.
(2) Random failure.Usually refers to the engraving machine in the same conditions when working only once or twice accidental failure.
There is called "soft failure", because this kind of failure in all kinds of conditions under the same state only occasionally happen once or twice.Random fault reason, therefore, much more difficult than other fault analysis and fault diagnosis in general, this kind of failure often and installation quality, parameter setting, components quality, component alignment error and improper maintenance, and the working environment and other relevant factors such as: connectors and connecting components is not locked by negligence, loose components deformation or solder joints on printed circuit board collapse, relay contact, all kinds of switch contacts because of pollution and poor corrosion and carbon brush dc motor caused by the contact is not reliable, etc.In addition, the work environment temperature is too high or too low, the humidity is too high, the power supply fluctuation and the mechanical vibration, the harmful dust and the gas pollution and so on May cause this kind of accidental failure.Therefore, strengthen the CNC system maintenance inspection, ensure the electrical box door sealing, strictly prevent industrial dust and harmful gas attack, etc., are as far as possible to avoid the occurrence of hidden trouble
3, according to the engraving machine fault parts classification
(1) Host failure.Engraving machine main machine part, mainly including machinery, lubrication, cooling, chip removal, hydraulic, pneumatic and protective devices.Common host faults are: mechanical transmission faults or faults with excessive motion friction of guide rail caused by improper mechanical installation, debugging and operation.Its performance for transmission noise, machining accuracy is poor, running resistance.For example: the axial transmission chain flexible coupling loose, gear, lead screw and bearing lack of oil, guide guide insert improper adjustment, poor guide lubrication and system parameter setting improper reasons can cause the above faults.What should be paid attention to in particular is that the oil injection point (oil injection hole) marked in each part of the machine tool must be timed and quantitatively filled with lubricating oil (agent), which is the guarantee for the normal operation of each transmission chain of the machine tool.
In addition, hydraulic, lubrication and pneumatic system fault phenomenon is mainly pipeline obstruction and poor sealing, therefore, CNC machine tools should strengthen the governance and eradication of the "three leakage" phenomenon.
(2) Electrical failure.Electrical faults: weak faults mainly refer to CNC devices, PLC controllers, CRT displays and servo units, input, output devices and other electronic circuits, which are divided into hardware faults and software faults. 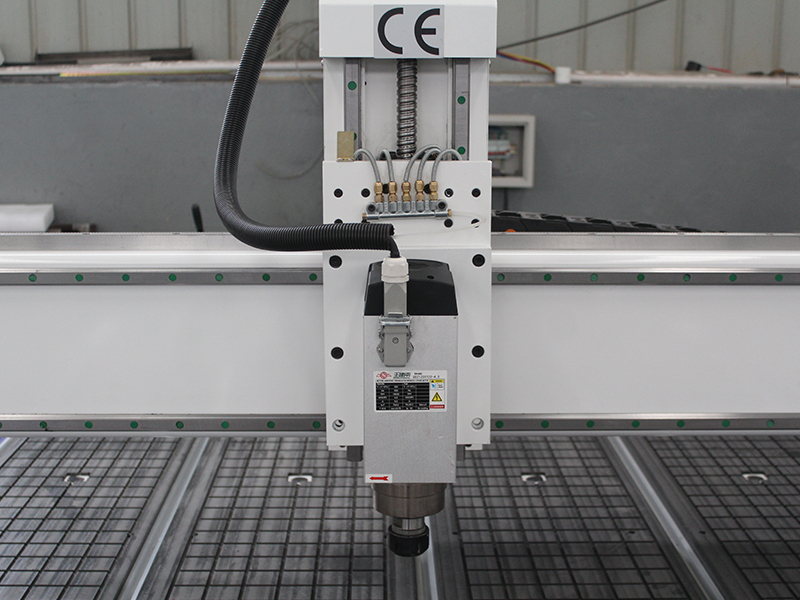