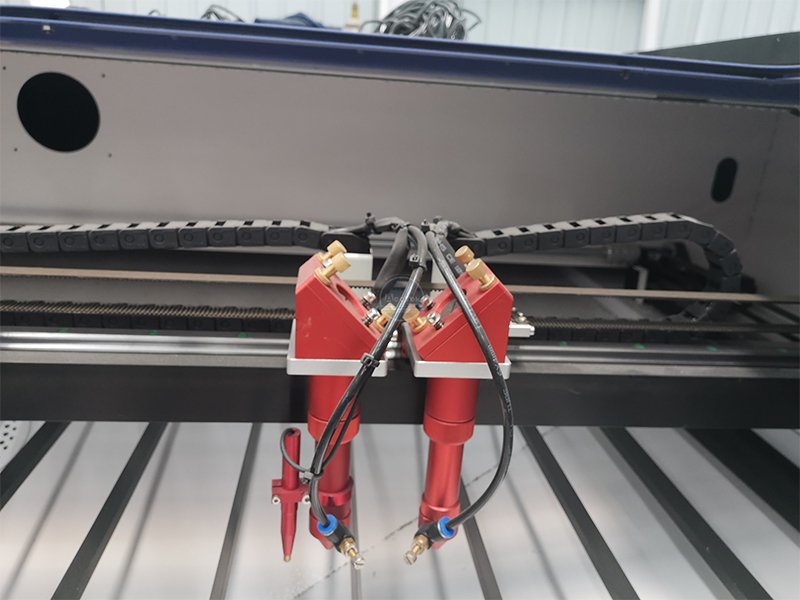 What is the difference between CNC engraving machine and laser engraving machine?
First of all, they should both be electrical.As far as I know, there are a lot of people will put the CNC engraving machine and laser engraving machine is a kind of misunderstanding, in fact there is a big difference, but with the development of The Times, the difference is also more and more obvious, with laser technology matures, the carving is becoming more and more obvious advantages than traditional computer, the following main from dot matrix, vector speed cutting, carving, carving carving strength, the respect such as spot size carving material to compare the difference.
1. Engraving intensity: Engraving intensity refers to the intensity of laser on the surface of the material.For a given rate of engraving, the greater the intensity, the greater the depth of cutting or engraving.You can use the engraving machine panel to adjust the strength, or you can use the computer's printing driver to adjust.In the range of 1% to 100%, the adjustment is 1%.The greater the intensity, the greater the equivalent speed, and the deeper the cut.
2. Engraving speed: Firstly, the difference between the engraving speed of CNC engraving machine and laser engraving machine. Engraving speed refers to the moving speed of laser head, which is usually expressed by IPS (in inches/second).Speed is also used to control the depth of the cut; for a particular laser intensity, the slower the speed, the greater the depth of the cut or engraving.You can adjust the speed either from the engraving machine panel or from your computer's print driver.In the range of 1% to 100%, the adjustment is 1%.Advanced motion control system enables you to achieve ultra-fine engraving quality at high speed.
3. Spot size: In fact, the spot size of CNC engraving machine and laser engraving machine are also different. The spot size of laser beam can be adjusted with different focal length lens.Small speckled lenses are used for high resolution engraving.The large spot lens is used for lower resolution engraving, but for vector cutting, it is the best choice.The standard configuration for the new device is a 2.0-inch lens.Its spot size is in the middle, suitable for all kinds of occasions.
4. Dot-matrix engraving: dot-matrix engraving is similar to high definition dot-matrix printing laser head swinging from side to side, carving a line composed of a series of points at a time, then laser head moving up and down at the same time carving out a number of lines, and finally forming a whole page of image or text.Scanning graphics, text vectorized graphics and text can be used dot matrix engraving.
5. Vector cutting: Different from dot matrix carving, vector cutting is carried out on the outer contour line of pictures and texts.We usually use this mode to cut through wood, acrylic, paper and other materials, but also on a variety of material surface marking operation.
6, Engraving materials: wood products, plexiglass, metal plate, glass, stone, crystal, Corian, paper, two-color plate alumina, leather, resin, plastic spray metal.
As is known to all, laser engraving machine can be used for a variety of material carving, but how to use laser engraving glass, ceramics and other fragile materials, but it is a difficult problem, many customers in order to use laser engraving glass, have wasted a lot of material, just slowly mature shoulder skillful grasp some laser engraving machine carving glass.But often careless operation, or very easy to carve bad, after all how to use laser engraving machine to carve glass, and do not make the glass broken?
Laser engraving machine a technique of engraving glass with a laser on the surface of the glass but not at a deep depth or cutting depth.Under normal circumstances, the laser can be formed on the glass surface frost or broken effect, usually users hope to get frost is not broken effect, the key to see how the texture of glass, whether the hardness is consistent.
Glass engraving is usually difficult to control. Follow these steps to create a smooth frosted surface:
1, in the area to be carved coated with a bit of wash clean, cut off a piece of newspaper or tissue larger than the area to be carved with water completely soaked paper, and extrude excess water, put the wet paper in the carved area to smooth without wrinkles.
2. Put the glass in the engraving machine and carve the paper when it is still wet. Then take out the glass, remove the remaining paper, and then clean the surface of the glass.If necessary, lightly polish the glass surface with 3M ScotchBrite.In general, the laser power should be set with water, the accuracy should be set at 300DPI, and the engraving speed should be faster. You can try to use large-size lens.
3, note: when using laser to carve lead crystals should be more careful, lead crystals and ordinary crystals have different coefficient of expansion, which may cause crystal cracks or breakage during carving.A smaller power setting can avoid this problem, but you should always be prepared in case of rupture.
4. Cleaning: Use a wet cloth to clean the surface after carving.
5. Color filling: It can be colored with propylene pigment. 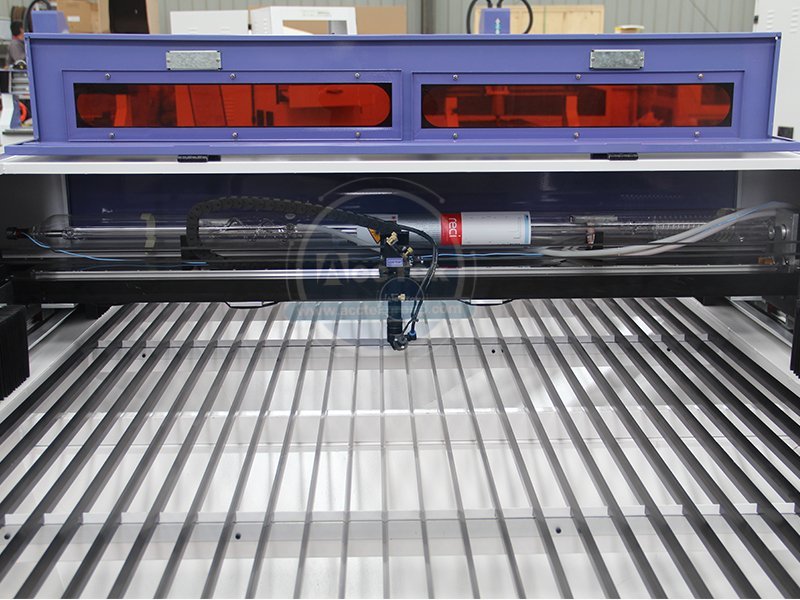