Laser beam punching machine is generally composed of a solid laser, an electrical system, an optical system and a three-coordinate moving table.

When the laser working material yttrium aluminum garnet is excited by the light pump (excitation pulsed xenon lamp), it absorbs the light with a specific wavelength. Under certain conditions, the number of metastable particles in the working material is greater than the number of low-energy particles. This phenomenon is called particle number inversion.Once a small number of excited particles produce the stimulated radiation transition, the light will be amplified, and then oscillated through the feedback effect of the total mirror and part of the mirror in the resonator cavity, and finally the laser output by one end of the resonator cavity.The laser can be focused through the lens to form a high-energy beam shining on the surface of the workpiece, and then it can be processed.

2) The electrical system includes the power supply to the laser and the control system to control the laser output mode (pulse type or continuous type, etc.).In the latter sometimes also includes according to the processing requirements to drive the table automatic control device.

3) The function of the optical system is to focus the laser beam precisely on the machining part of the workpiece.Therefore, it contains at least two parts: laser focusing device and observation aiming device. 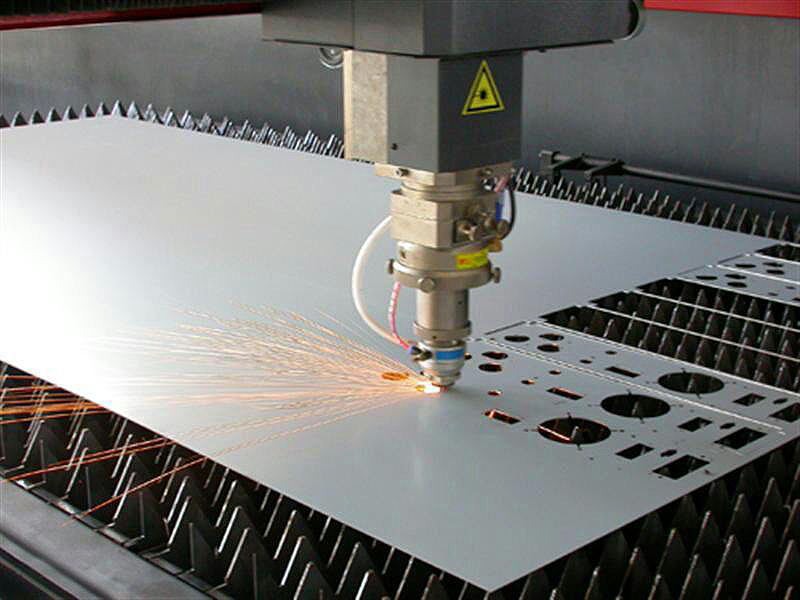 4) The projection system is used to display the backside of the workpiece and is equipped in the relatively perfect laser beam punching machine.

5) The worktable is manually controlled or controlled by numerical control device. It moves in the direction of three coordinates, conveniently and accurately adjusting the position of the workpiece.The countertops in the worktable processing area are made of glass, because opaque metal countertops are inconvenient for testing, and the countertops can be damaged after the workpieces have been pierced.The focusing objective lens above the table is provided with suction and air blowing device to keep the working surface and the focusing objective lens clean.