The principle of laser hole formation

Laser is a kind of powerful beam that is excited by external stimulation and increases energy, among which infrared light and visible light have thermal energy, and ultraviolet light has optical energy.Three phenomena occur when this type of light hits the surface of a workpiece: reflection, absorption, and penetration.

A laser point of light struck by another optical element on the substrate is composed of a variety of modes and reacts with the illuminated point in three ways.

The main function of laser drilling is to quickly remove the substrate material to be processed. It mainly relies on photothermal ablation and photochemical ablation or excision.

(1) Photothermal ablation:
Refers to the pore forming principle of the processed material absorbing high energy laser and heating in a very short time until it melts and evaporates.Under the action of high energy, there is blackened carbonization residue on the pore wall, which must be cleaned before the pore is formed.


(2) Photochemical ablation:
It refers to the effect of high-energy photons with the high-energy energy of the ultraviolet region (exceeding 2eV electron volts) and the laser wavelength exceeding 400 nanometers.This high-energy photon can break the long molecular chain of organic material and become smaller particles, but its energy is greater than the original molecules, and try to escape from it. Under the condition of external force, the substrate material is quickly removed to form microholes.Therefore, this type of process method does not contain hot burning, which will not produce carbonization phenomenon.So, it's very easy to clean up before pores.


(3) Absorbance of substrate:
The success rate of laser is directly related to the absorbance of substrate materials.Printed circuit boards are composed of copper foil, glass cloth and resin. The absorbance of these three materials varies with different wavelengths. However, copper foil and glass cloth have a higher absorptivity in the area below 0.3 m of ultraviolet light, but they slip greatly after entering visible light and IR.Organic resin materials can maintain a fairly high absorption rate in all three segments of the spectrum.This is the characteristic of resin material, which is the basis of laser drilling technology. 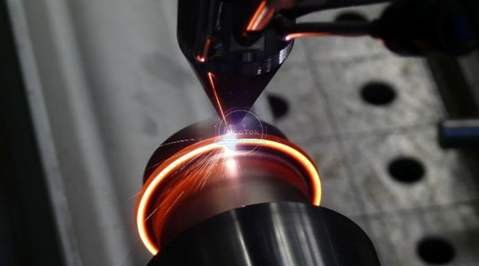 There are two main drilling methods of CO2 laser hole formation: direct hole formation and mask formation.The so-called direct hole-forming process means that the laser beam is modulated by the main control system of the equipment to the same diameter as the hole on the printed circuit board to be processed, and the hole forming process is carried out directly on the surface of the insulating medium without copper foil.The application mask process is to coat the surface of the printed board with a special mask and remove the copper foil surface of the hole surface to form the application window by the conventional process of exposure/development/etching.A laser beam larger than the aperture is then used to illuminate these holes to remove the exposed dielectric layer resin.

First of all, a layer of RCC layer board after pressure (resin coated copper foil) made by photochemical methods window, then etching with resin, then USES the laser burn substrate material is the formation of micro within the window blind holes: when the beam is the enhanced through aperture have two sets of micro reflections of the galvanometer scanning mirror, and a vertical for theta lens (F) and reach the district of the mesa can be excited, and then one by one into the blind holes.

The blind hole of 0.15mm can be perforated three times in a one-inch square tube by the electron fast beam.The first shot has a pulse width of about 15 s to provide energy for pore formation.After the gun is used to clear the hole wall hole bottom residue and correction hole.

The diameter of the hole formed by the former process method is the same as that of the copper window opened. If the operation is a little careless, the position of the window opened will be deviated, which will cause the blind hole position of the hole formed to misalign with the center of the bottom cushion.The deviation of the copper window may be caused by the substrate material shrinkage and the negative deformation used in image transfer.So take up the copper window technique, is enlarging diameter copper window to is bigger than the bottom pad by about 0.05 mm (usually in accordance with the size of the aperture to determine, when the pore size of 0.15 mm, the bottom pad should be around 0.25 mm in diameter, its large Windows 0.30 mm diameter) and then for laser drilling, can burn out the location precision micro blind holes on the bottom pad.The main characteristic is that the degree of freedom is large and the hole can be formed by the program of the inner bottom cushion.This effectively prevents the laser point from aligning the window due to the deviation of the copper window diameter and the hole diameter at the same time, so that there will be many incomplete half holes or residual holes on the large batch of large plates.

There are several types of laser drilling techniques:

A.The substrate is coated with resin copper foil on the upper layer of the inner plate, and then all copper foil is etched away. Then CO2 laser can be used to directly form holes on the exposed resin surface, and then the pores are processed in accordance with the plating hole process.

B.The substrate is made of FR-4 semi-cured sheet and copper foil instead of resin coated copper foil.

D.The dry film was used as the medium layer and the copper foil was pressed.

After the inner core plate is pressed and coated with resin copper foil on both sides, the copper foil thickness of 17m can be reduced to 5 microns by "semi-etching method" after etching, and then black oxidation treatment, CO2 laser can be used to form holes. 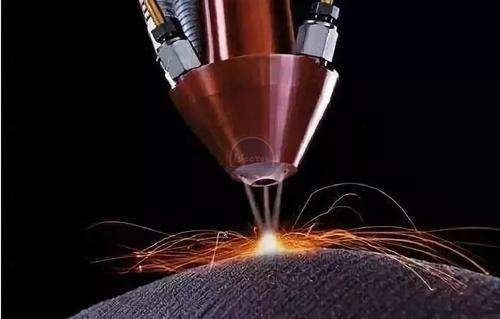 The basic principle is that the black surface after oxidation treatment will absorb light strongly, which can directly form holes on the surface of ultra-thin copper foil and resin on the premise of increasing the beam energy of CO2 laser.The most difficult part, however, is to ensure that the "semi-etching" method produces a uniform layer of copper, so special attention must be paid to the fabrication.Of course, back copper tearing material (UTC) can be used, copper foil is quite thin about 5 microns.