Acctek / HomePage / News / Company news
Role of servo motor in laser cutting machine
Updatetime: 2021-07-12 16:02View:
In laser cutting, whether it is plate cutting or pipe cutting, if the equipment is to be processed in accordance with the established graphics, the key lies in the dynamic responsiveness of each axis involved in the processing and the coordination among them.If the overall response of each axis is too slow in the process of machining, or if one axis deviation is small and the other axis deviation is large in some positions, then the problem of machining contour deformation will occur.There are many reasons for this discrepancy, such as mechanical, external force, servo responsiveness, control system, etc., or the superposition of multiple factors.The solution lies in the better dynamic response of each axis and the coordination of the coordination among them, so that they can be processed in strict accordance with the procedure. 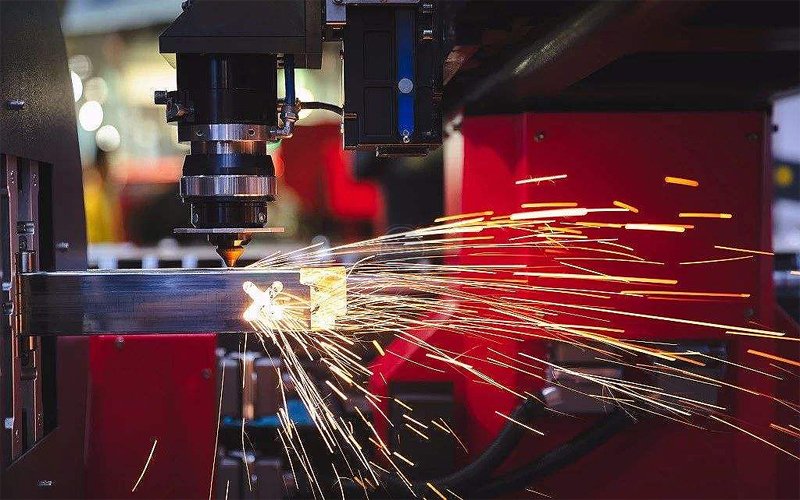 Biggest influence of mechanical resonance on servo motor is that it cannot continue to improve the responsiveness of servo motor, so that the whole equipment can operate in a relatively low response state.This kind of problem is common in synchronous belt drive machinery, and also sometimes in long distance ball screw.The main reasons are low rigidity of synchronous belt, low resonance frequency, large inertia of the long distance screw, and deformation, especially in the case of small motor capacity selection easier to start vibration.At the same time, the assembly technology and the quality of the material will also have an impact on the mechanical resonance.

Mechanical jitter is also a natural frequency problem of machinery, which usually occurs in single-ended fixed cantilever structure, especially in acceleration and deceleration phase.Low frequency jitter in the workpiece will show a large wavy shape, higher frequency jitter will have a zigzag shape.

Due to the difference of mechanical material and installation, the mechanical internal stress and static friction force of each transmission shaft on the equipment may be inconsistent.If the internal stress or static friction force of one of the two axes involved in the trajectory interpolation control in the equipment is greater, the torque of the servo will be consumed to some extent, causing the acceleration of this axis to slow down, and thus leading to the deformation of the machining contour.Usually we can observe the internal stress of the drive shaft through the feedback waveform curve of the servo driver.

External forces acting on the axis are similar.General plate cutting machine, between the shaft and the workpiece is non-contact, may be subject to limited external forces.However, in some pipe cutting machines, the feeding shaft is involved in the interpolation during cutting, while the other shaft is generally non-contact.Under the influence of the clamping device, a reverse force will be exerted on the pipe feeding shaft. In this way, the two axes involved in the interpolation control are inconsistent, and the cutting effect will definitely be affected.

In some cases, the servo debugging effect is not obvious, at this point may be involved in the adjustment of the control system.Laser cutting machine processing is usually relatively constant linear speed, in the straight line and curve is the same speed.This point is not a problem in linear motion, but in curves, especially in the processing of small arcs, it may cause contour deformation due to acceleration oversize.

Pre:Processing principle of laser welding joint
Next:Classification and application of the laser cutting