Precisely when the drug is released, water molecules pass through a semi-permeable membrane as the drug enters the body, causing the kneading layer to swell.This allows the drug to be released at a constant rate through holes in the drug layer in the film.Laser drilling of pills can produce a processing rate of 100,000 tablets per hour, and using this skill can produce holes with a very simple standard tolerance and appearance.

Main function of the laser tablet perforating system is that two laser perforating channels are used in the structure of the tablet, which can be punched on one side or both sides.Pulsed CO2 lasers with power between 100 and 500W are used for processing because their output wavelength is 10.6m and can be used for virtually any organic absorption of drugs.Many organic compounds do not absorb 1.06 m laser.These organics also absorb ULTRAVIOLET light very well, but ultraviolet lasers cannot supply the power needed to achieve the desired productivity.

Tablets are fed one by one onto a conveyor belt in vertical rows through a disk feeder.Controlled release pump tablets kneading layer and drug layer is not the same general color, because the need to punch the drug layer.The tablet is routed through a color detector to determine its orientation.Another condition detector then determines if the pill is passing through, and if the color detector shows the pill pointing up, it triggers the laser to drill the hole.The tablets were then passed through a mechanical observation system.The system takes a digital photo of each passing pill 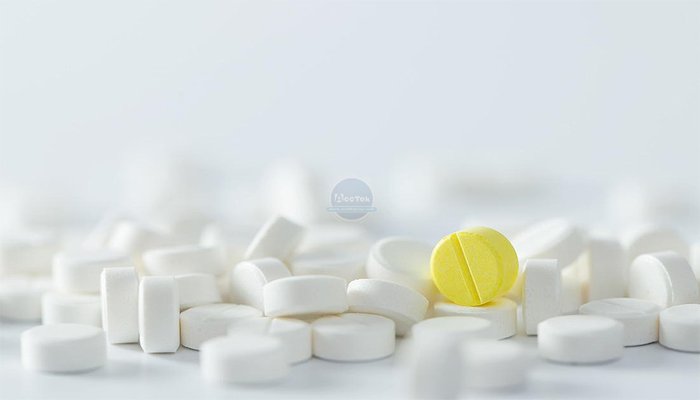 As for the laser drilling process, there are two ways to complete the process.Only a single pulse is used to punch each tablet as it travels along the belt to its predetermined location.

Use multiple pulses.Optical tracking of the movement of the tablets on the conveyor ensures that each pulse reaches a uniform point on the tablets.Generally, this process is completed by galvanometer and scanning lens together.The structural features of the scanning lens enable it to maintain an appropriate focal spot, even if the distance between the lens and the tablet changes slightly as the tablet moves.