Acctek / HomePage / News / Company news
Applications of laser sensors
Updatetime: 2021-07-12 17:28View:
The working principle of laser sensor is that the laser emitting diode aims at the target and emits light pulse. After the reflection of the target, the laser scatters in all directions.Part of the scattered light is returned to the sensor receiver, which is received by the optical system and imprinted on the avalanche photodiode.An avalanche photodiode is an optical sensor with internal amplification, so it can detect extremely weak optical signals and convert them into corresponding electrical signals.

Toll booths on the highway

The laser sensor adopts the principle of TOF, which can form four planes in the detection area to detect the vehicle. At the same time, the product also has the functions of rear-end prevention, vehicle safety protection and so on.Compared with the traditional light curtain, laser sensor has high sensitivity, high accuracy, easy to install, high cost performance, strong stability and other advantages.

The laser sensor is used for rapid measurement, the network kernel of PC and VISUAL programming software VB is used for real-time data transmission and processing, and the upper computer control software with friendly interface is also designed. 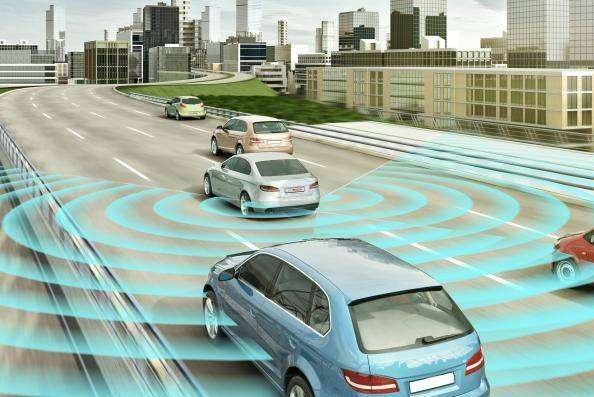 The driving principle of unmanned vehicle control is to continuously collect accurate data of the vehicle itself and all around through a number of sensors installed around the vehicle, analyze and calculate through the processor in the vehicle, and then control the vehicle according to the calculation results.The vehicle will use GPS devices and sensors to accurately locate the vehicle's position and speed, and determine nearby pedestrians, vehicles, bicycles, signals and many other objects.

The global sensor market is growing rapidly amid changing innovations.Relevant experts pointed out that the main technologies in the sensor field will be extended and improved on the existing basis, and the development of new technologies will redefine the future sensor market, such as the emergence of wireless sensors, optical fiber sensors, smart sensors and metal oxidation sensors and other new sensors and the expansion of market share.