How to ensure cutting quality when laser cutting?

How to ensure cutting quality when laser cutting?

How to ensure the cutting quality of laser cutting, there are the following Suggestions:

When the laser cuts the plate at high temperature, no trace of molten material appears in the incision under the vertical laser beam, but in the back of the laser beam.The result is a curve at the edge of the cut, followed by a moving laser beam.In order to solve this problem, reducing the feed rate at the end of the cutting process can greatly eliminate the formation of line.

Under normal circumstances, cutting width does not affect the quality of cutting.It is only when a particularly precise contour is formed within the part that the cutting width makes a significant difference.This is because the cut width determines the minimum internal meridian of the contour.So in order to ensure the same accuracy, no matter how wide the cut, the workpiece should be constant in the laser cutting machine processing area.

3) Good perpendicularity of the joints and small heating area

When the thickness of the processed material exceeds 18mm, the verticality of the cutting edge is very important.After leaving the focus, the beam diverges and the cut expands towards the top or bottom, depending on where the focus is.The blade is only a few hundredths of a millimeter away from the vertical line.The more vertical the edge, the higher the cutting quality.

As an application equipment for hot cutting, it will inevitably have a thermal impact on the material in the process of use, which is mainly reflected in three aspects: A.Heat-affected zone;Depression and corrosion;C.Material deformation

Heat affected area refers to the area heated near the incision during laser cutting.At the same time, the structure of the material itself has changed.For example, some materials will harden.Heat affected area refers to the regional change of internal structure caused by high temperature.But concave and corrosion have adverse effects on the cutting edge surface, which affects the appearance of laser cutting machine.In general, cutting errors should be avoided.Finally, if cutting causes the part to heat up sharply, the part will deform. 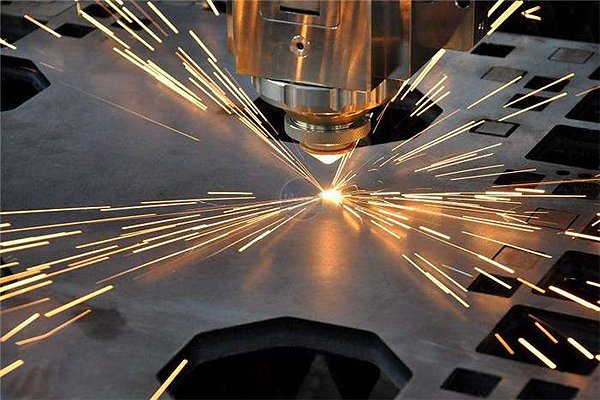 Pre:   Structure and type analysis of laser
Next:  Advantages and development of laser sheet metal processing