Point control CNC machine tools are mainly CNC drilling machine, CNC boring machine, CNC punching machine and three coordinate measuring machine.Position control of nc machine tool used for machining of plane hole system, which controls the two axes of the processing plane, drive the relative movement between cutter and workpiece, the machine have high request for seat position, in order to improve the production efficiency, the machine adopts the highest feed speed setting, movement, near the anchor point forward classification or slow down in a row, so that the low speed towards the finish line, thereby reducing the inertia of the moving parts overshoot and the resulting positioning error.

Linear control CNC machine tools can control the appropriate feed rate of the tool or table, along the direction parallel to the coordinate axis for linear movement and cutting, feed rate can be adjusted within a certain range according to the cutting conditions.Simple CNC straight line controlled lathe with only two axes that can be used to process step axes.The linear CNC milling machine has three axes and can be used for surface milling. 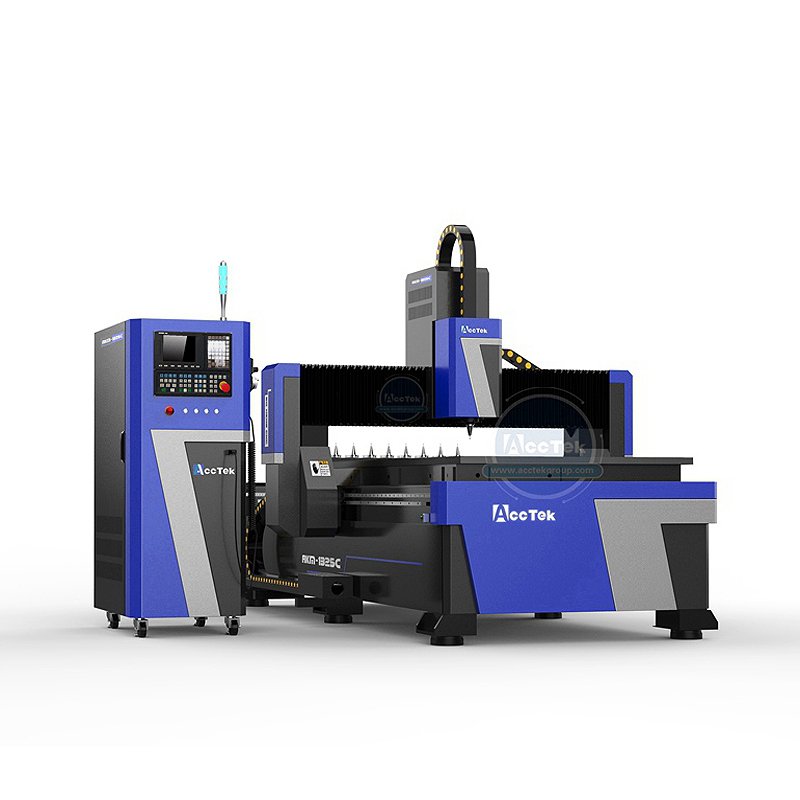 On the machine tool with three-coordinate control and two-coordinate linkage, the "line cutting method" is used for processing.Any two axes of X, Y and Z do interpolation, and the third axis does periodic feed. Ball head milling cutter is adopted, and the ball radius of ball head milling cutter should be selected as large as possible, in order to reduce the surface roughness Ra value, increase the tool stiffness and heat dissipation performance.But in the concave surface, the radius of the ball head must be less than the minimum radius of curvature of the surface to avoid cutting edge interference.

Cylindrical milling cutter peripheral cutting mode is adopted to process on the four-coordinate machine tool. In addition to the linkage of the three moving coordinates, in order to ensure that the cutter and the workpiece profile are always in line with each other on the full length, the cutter should also swing around O1(or O2).

Some large surface profiles, parts size and curvature radius of the surface are relatively large, using surface milling cutter for processing, can improve productivity, reduce the amount of processing residue.