Laser welding is the use of laser radiation energy to realize the effective welding technology, its working principle is: through the specific way to motivate the laser active medium (such as gas mixture of CO2 and other gases, YAG yttrium aluminum garnet crystals, etc.), the reciprocating oscillation in the cavity, thus forming a stimulated radiation beam, when the beam is in contact with the workpiece, the energy absorbed by the workpiece, when it in the temperature of the material melting point welding can be carried out.

Laser welding can be divided into heat conduction welding and deep fusion welding. The heat of the former diffuses to the inner part of the workpiece through heat transfer, which only produces melting phenomenon on the surface of the welding seam. The inner part of the workpiece is not completely melted, and basically does not produce vaporization phenomenon, which is mostly used for welding of low-speed thin-wall materials.The latter not only completely melts the material, but also makes the material vaporize, forming a large number of plasma, due to the high heat, there will be keyhole phenomenon at the front end of the molten pool.

Deep fusion welding is the most widely used laser welding mode, which can thoroughly weld the workpiece, and has high input energy and fast welding speed.

As produced by the laser focused spot area is lesser, its role in the heat affected zone around the weld is much smaller than ordinary welding technology, and laser welding without filler metal, so the surface continuous uniform weld, forming beautiful, no surface defects such as porosity, crack, is very suitable for the occasion of strict in weld appearance.Although the focusing area is relatively small, the energy density of laser beam is high (generally up to 10*3~10*8W/cm2). 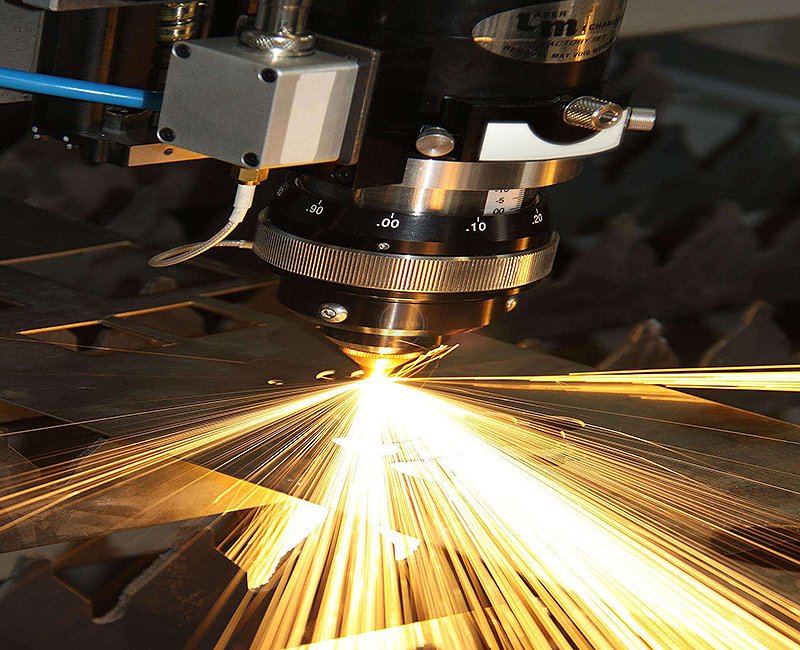 In the welding process, the metal is heated and cooled very quickly, and the temperature gradient around the molten pool is relatively large, so that the joint strength is often higher than the base metal, on the contrary, the joint plasticity is relatively low.At present, the joint quality can be improved by double focus technology or composite welding technology.

Advantages and disadvantages of laser welding

(1) Laser welding can be used to obtain high quality joint strength and larger depth-width ratio, and the welding speed is faster.

(2) Because laser welding does not need a vacuum environment, so through the lens and optical fiber, can achieve remote control and automatic production.

(3) laser has a larger power density, for difficult to weld materials such as titanium, quartz and other good welding effect, and can be applied to different properties of materials.

Of course, laser welding also has some disadvantages:

(1) Laser and welding system parts of the price is more expensive, so the initial investment and maintenance costs than the traditional welding technology is high, poor economic benefits.

(2) Because of the low absorption rate of solid materials to laser, especially after the appearance of plasma (plasma has absorption effect on laser), so the conversion efficiency of laser welding is generally low (usually 5%~30%).