Laser sensor is using laser technology measuring sensor, generally consists of laser, optical components, and optoelectronic devices, it can be measured quantities (such as length, flow, speed, etc.) is converted into optical signals, then the application of the photoelectric converter light signal into electrical signal, through the corresponding filter circuit, amplifier, rectifier output signal, so as to calculate the measured.

Lasers differ from ordinary light in that they need to be produced by lasers.The working material of the laser, under normal state, most atoms are in stable low energy level E1, and under the action of appropriate frequency of external light, atoms in low energy level absorb photon energy excited and transition to high energy level E2.Photon energy E=E2-E1= Hv, where H is Planck's constant and V is photon frequency.On the contrary, induced by light of frequency V, atoms in energy level E2 will jump to the lower energy level and emit light, which is called stimulated emission.The laser first causes the working material atom to be in the high energy level abnormally (namely the particle number reverses the distribution), can cause the excited radiation process to predominate, thus causes the frequency to be V to induce the light to get the enhancement, and may form the avalanche amplification action through the parallel reflector to produce the big excited radiation light, abbreviation laser.

1. High directivity (i.e., high directivity, low divergence Angle of the speed of light), the laser beam extends only a few centimeters from several kilometers away.

2. High monochromaticity, the frequency width of laser is more than 10 times smaller than ordinary light. 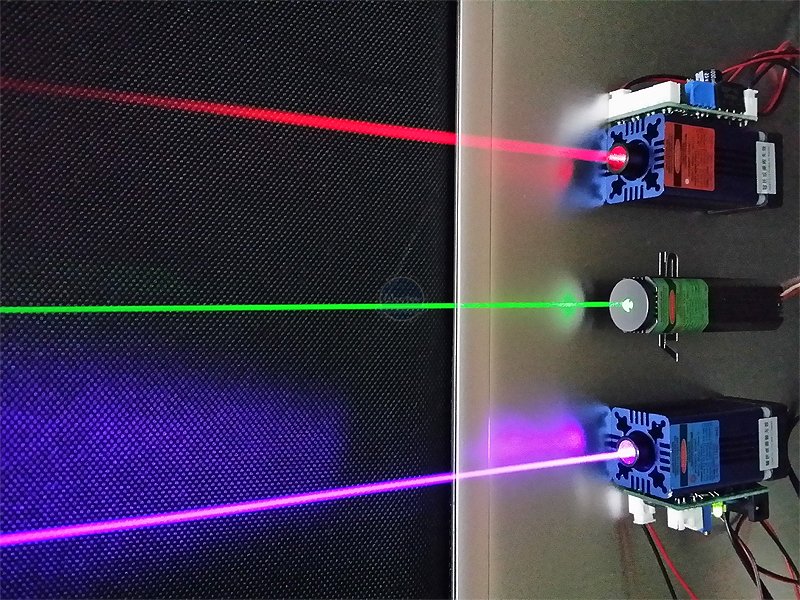 It is a relatively young type of laser, among which the more mature gallium arsenide laser is.Characterized by high efficiency, small size, light weight, simple structure, suitable for aircraft, warships, tanks and infantry to carry.Range finders and sights can be made.But the output power is small, the directivity is poor, and it is affected by the ambient temperature greatly.