Acctek / HomePage / News / Company news
What are the differences between YAG lasers and fiber lasers in cutting applications
Updatetime: 2021-07-13 10:32View:

In the laser processing industry generally used 1.06 m YAG laser, according to the difference in pumping mode is divided into lamp pump YAG and semiconductor side pump YAG., in the application of laser processing system will be the pulse laser wavelength of 1064 nm after beam expander, reflection, focusing on direct radiation on the surface for processing materials, by the precise digital control, energy, and the width of laser pulse parameters such as peak power and repeating frequency, ablative material surface or make molten, through numerical control system to achieve the desired trajectory of cutting, welding, punching.

1. YAG crystal has a high damage threshold, which can achieve a larger monopulse energy and a higher peak power and a wider application range;

2. Cheap price. YAG laser is a kind of laser which has been developed for decades.

3, the device maintenance and replacement is relatively simple. 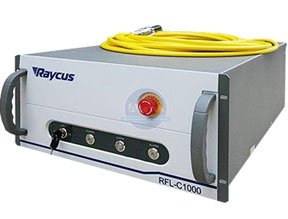 Optical fiber can be divided into single-mode fiber and multi-mode fiber.Single-mode fiber: the center glass core is relatively thin (diameter: 9um+0.5um), and it can only transmit light of one mode. The inter-mode dispersion is very small, and it has the function of self-selecting mode and limiting mode.Multi-mode fiber: The center glass core is relatively thick (50um+1um), which can transmit multiple modes of light, but its inter-mode dispersion is large, and the transmitted light is impure.

1. The advantages of miniaturization and intensification brought by the winding of optical fiber.

3. Because there is no optical lens in the resonator of the fiber laser, it has the advantages of no regulation, no maintenance and high stability, which is incomparable to the traditional YAG laser.

5. Be competent for harsh working environment and have high tolerance for dust, shock, shock, humidity and temperature.

The fiber laser consumes only 1% of the energy needed by the lantern-pumped laser and is more than twice as efficient as the semiconductor side solid state laser (Nd laser system).The combination of higher efficiency, longer service life, and less maintenance makes the cost of owning a fiber laser extremely attractive.Optical fiber lasers are of great use in laser applications that require high near infrared beam quality.They will be particularly interested in small focal spots and high power densities, such as desktop production.A 100W laser output spot can be focused to as small as 5um, which equals 109W/cm2