1) the principle of Laser cutting

The word Laser is "Light Amplification by Stimulated Emission of Radition" abbreviation.Original explanation for the light stimulated amplification, generally translated as laser (also known as laser). Laser cutting is supplied by electronic discharge as energy, through He, N2, the mixed gas such as CO2, to inspire media use mirror group focused laser beam, which was carried out on the material cutting laser cutting process: in the NC program of excitation and driven by laser generator to produce specific patterns and types of lasers, sent to the cutting head by light path system, and focused on the workpiece surface, the metal melt;At the same time, the nozzle shoots auxiliary gas from the direction parallel to the beam to blow away the slag: driven by a program-controlled servo motor, the cutting head moves along a predetermined route, thus cutting the workpiece of various shapes.

1.lathe bed all light path in machine tool bed, bed body is equipped with beam, cutting head stents and cutting tools through the special design, to eliminate vibration caused by the axial acceleration during processing. At the bottom of the machine tool are divided into several Chambers, when the upper cutting head is located in an exhaust chamber, valve is opened, the waste discharge. Through the support frame, small artifacts and slag fall in steel waste material.

2. When the table is cut in plane, the table with embedded bracket is used for supporting materials.

3. The good cutting quality of the sensor is related to the distance between the nozzle and the workpiece. The former is used for processing non-conductive materials, while the latter is used for conducting materials.

4, cutting head it is the optical path of the last device, its built-in lens will focus the laser beam standard cutting head focal length has 5 inches and 7.5 inches (mainly used for cutting thick plate) two.

6. The laser control cabinet controls and checks the function of the laser, and displays the pressure, power, discharge current of the system and the operation mode of the laser.

7.the heart of the laser is a resonant cavity, laser beam is generated here, laser gas (body is a mixture of carbon dioxide, nitrogen, helium gas, through the turbine along the axial high speed of the gas resonator,(body in the front and rear two heat exchangers cooling, to facilitate the high pressure unit energy to the gas

9. Most dust is produced during the cleaning process of vacuum cleaner. 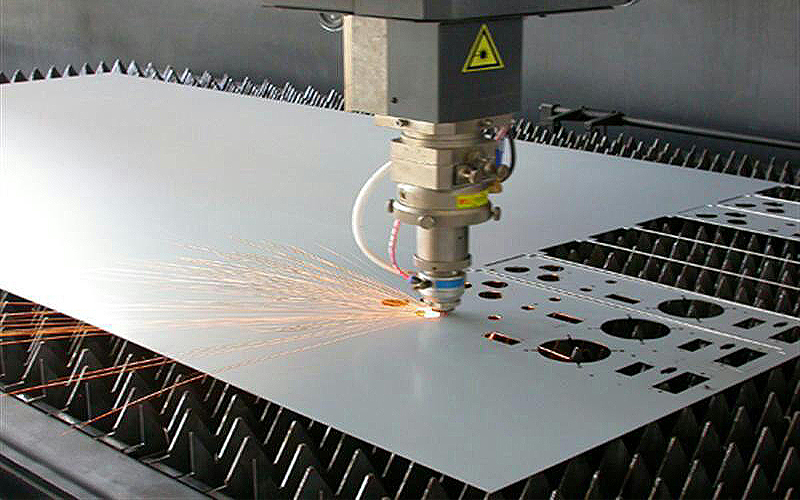 Unlike laser melt cutting, laser flame cutting USES reactive oxygen as a secondary body. As oxygen reacts with an already hot metal, a great deal of heat is released, with the result that the material is further heated.

In laser vaporization cutting, relying on high energy density materials, will cut joints (. This method, when cutting metal evaporation and quickly can avoid molten drops splash. Select cutting method, to consider their characteristics and material of panel, sometimes also want to consider the shape of the cutting because of the relative melt need more heat and thus laser melt cutting speed faster than the speed of laser gasification cutting, laser flame cutting with oxygen, (with the heat of reaction of the metal to make faster, at the same time, the flame cutting kerf width, roughness is high, the heat affected zone is big so kerf quality is relatively poor, and fused smooth cutting slot, high surface quality, (cutCut for not molten drops splash, cutting quality is best, in addition, the melt cutting and gasification cutting kerf width can be obtained without oxidation, have special requirements for cutting has important significance., flame cutting material available to complete, if required no surface oxidation, must choose taking the cut, (the cutting generally used for high dimensional accuracy and surface finish requirements

4.No mechanical deformation of the workpiece

6.cutting material does not need to consider its hardness

7.It is convenient to combine with automatic equipment to realize the automation of cutting process

8.Since there is no restriction on cutting workpiece, laser beam has unlimited copying and cutting ability

9.Combined with calculation, the whole sheet can be arranged to save materials 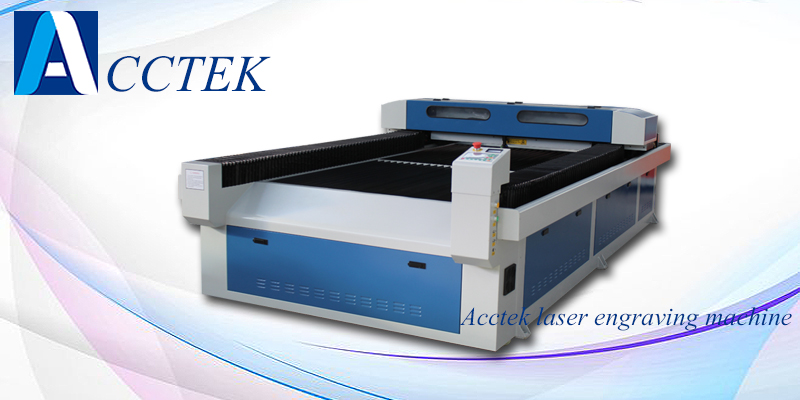